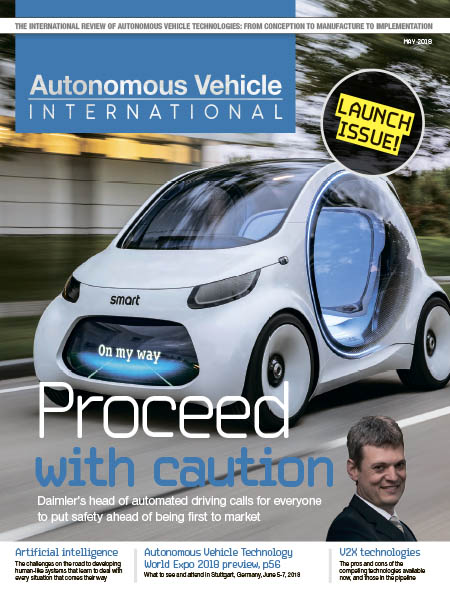 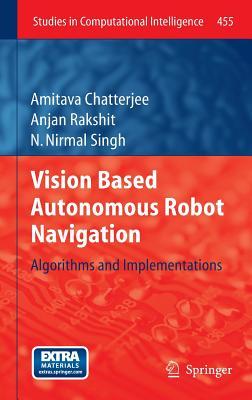 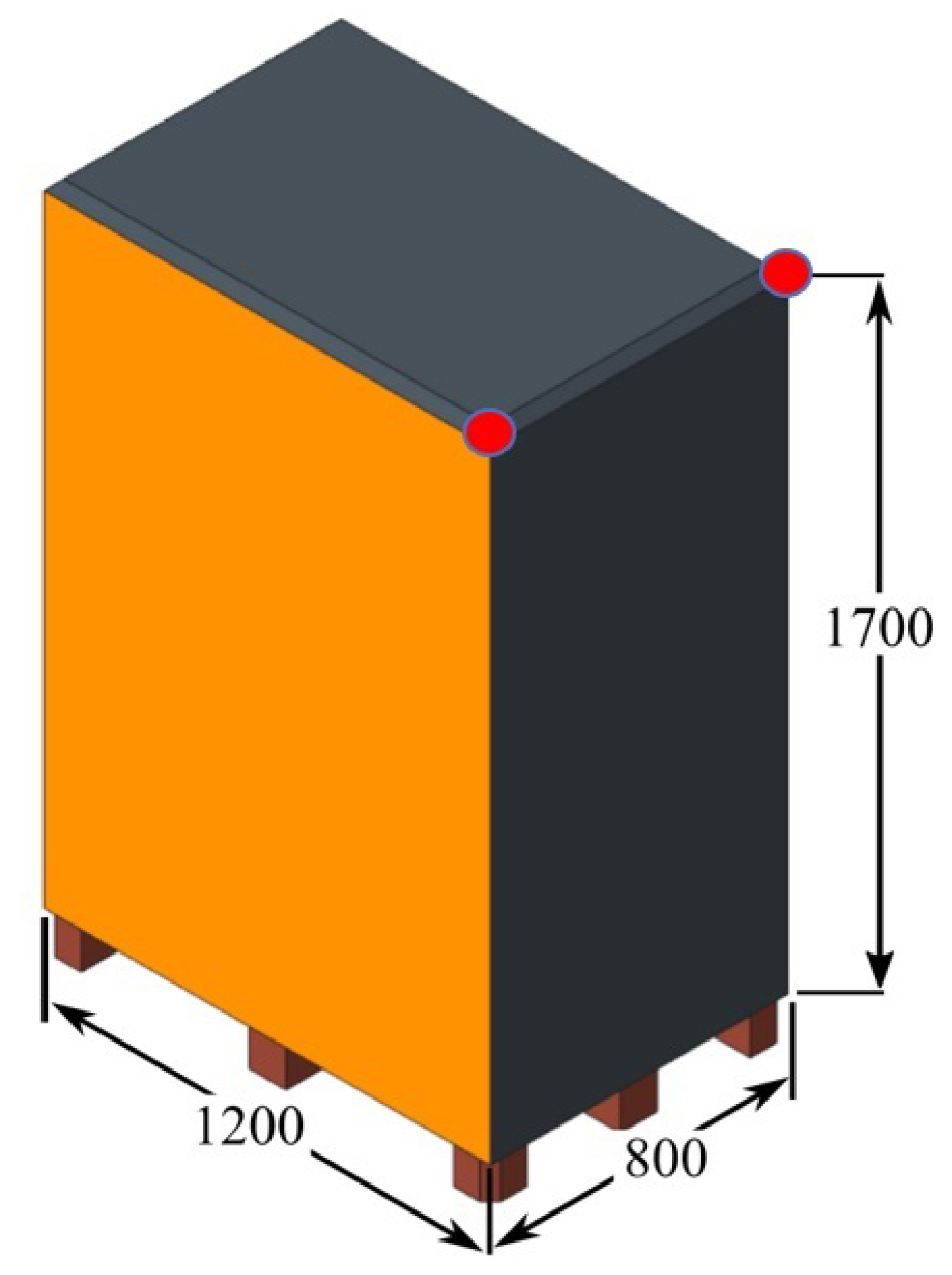 
2.5
3
In-Track [km]
Figure (Zoom
3: Relative from Figure
Motion 2)
of
Controlled
Spacecraft,
Error
in
Position
981
Small Satellites for Earth Observation
A measure for the performance of the orbit controller is the time delay, or “time late”, AT at the ascending node, shown in figure 4 for a 1 year simulation. It should be noted that a comparably large deadband of +/- 0.25 s has been used for the
simulation shown in this figure. The histogram in figure 5 shows the error distribution, indicating a bias error of -0.15 s . This error could be canceled by adding a bias to the measurement data or shifting the controller’s dead band.
Time Late at Ascending
,
Node
’
I
I
(c) Microcosm. 50
100
150
200 Time PJays)
250
Figure 4: AT (Time delay at the node crossing) Hl%g,mn 0,Tlme-Lats C-Or
Figure 5: Histogram of Time Late at the Ascending Node for a 1 Year Simulation The standard deviation of CT= -0.16 s corresponds to an in-track position error of less than 1.3 km, the maximum error of -0.5 s to 3.8 km. These data depend on the individual spacecraft configuration, the orbital altitude and the controller gains.
300
11/96HJK 350
400
for a 12 Months Simulation Acc”ma”ed D&a “*bxlty 0‘TOtal “s!QCly
Figure 6: Delta-V Burns During a 5 Day Period Figure 6 shows how the controller corrects the in-track error. For 3-4 successive orbits, the thruster is activated to cancel the aerodynamics drag effect, followed by a longer period of no activity during which the satellite drifts from the front to the back of the stationkeeping box. Each individual correction has a delta-v of approximately 0.025 m/s, and the average control velocity required per
Small Satellites for Earth Observation
982
month is little more than 2 m/s with slight variations caused by varying solar flux levels.
CROSS-TRACK
Possible applications are: l
Correction of the nodal drift rate after separation from launcher.
l
Constellation maintenance, keeping satellites within one plane and separating the orbital planes sufficiently to avoid collisions.
l
North-South stationkeeping synchronous satellites.
CONTROL
As could be seen in figure 2 and 3, the cross-track error is typically orders of magnitude smaller than the in-track error. Since radial and in-track error are coupled, cross-track is the remaining component to be controlled for fY_tll orbit control. The cross-track error is determined by comparing the longitude measured at the ascending node to a pre-determined longitude. It is then corrected by adjusting the orbital inclination to a new nodal drift rate, computed by the cross-track controller. The thruster fire perpendicular to the velocity at the ascending or descending node. Orbit plane changes require a much larger amount of Av than the intrack control, but due to the small error the time constants are large. Some missions might not require cross-track control at all, while other missions could require it more the in-track control.
of geo-
For an example, we assumed a slightly wrong inclination of the orbit after the satellite has been separated from the launcher. The initial inclination would cause the orbit to drift slightly faster than desired for a sun-synchronous orbit. Figure 7 shows the change in inclination over a period of 15 days, until the desired nodal drift rate is established. This demonstrates the long time constants of the controller and the system. Since inclination changes require much fuel, the key element is to avoid any overshoot during the correction.
Inclination During Crosstrack Control
97.4’
0
I
0.5
1.5
1 Time [min]
2
2.5 x lo4
Figure 7: Inclination Change due to Cross-Track Control during 15 Days
983
Small Satellites for Earth Observation
SMALL
most applications. Very tight control would require constant thruster burns and, therefore, a large amount of extra fuel.
CONSTELLATION
The above described orbit control system, especially the in-track controller, may be used onboard two or more independent spacecraft to maintain a small constellation. This application is of particular interest to Earth observing satellites, e.g. if a second satellite is added to an already orbiting spacecraft, or constellations that take advantage of the long baseline between instruments. The distance between the two spacecraft is not tightly controlled, because it is not be required in
Our example uses a large spacecraft, followed by a small spacecraft at 10 seconds distance in a sun-synchronous orbit and at 530 km altitude. The relative motion is shown in figure 5, which has some similarity to Figure 3. Both spacecraft use the same algorithm to control independently their individual orbits, and due to the high precision their relative motion always maintains a safe distance between them.
0
-0.005 -0.01
’ -78


-76
-75.5
-75
-77
In-Track [km]
Figure 8: Relative Motion of 2 Satellites of a Small Constellation Since both orbit controllers work independently, we call this control mode absolute stationkeeping, rather than relative stationkeeping. Relative stationkeeping is the maintenance of a spacecraft’s position with respect to other spacecraft within the constellation. Intuitively, relative stationkeeping appears compelling. However, it implies the need for a large, distributed computing resource in the con-
stellation in order to maintain this ‘constellation-wide’ approach. In addition, relative stationkeeping requires the same or more propellant as absolute stationkeeping. The greatest advantage of the Microcosm approach to constellation maintenance is its inherent simplicity: It tightly controls each spacecraft to stay within its predefined box. Then, assuming each box is
Small Satellites for Earth Observation
984
correctly designed, a constellation of two spacecraft, twenty spacecraft or two hundred spacecraft all can use the same approach with the same minimal computing power. This negates the major obstacle faced by advocates of inter-constellation control: constellation-wide control would perform very differently for a partially completed and a fully completed constellation of a large number of satellites. Another serious drawback to the constellation-wide control approach is the scenario where a spacecraft that has gone awry still reports to the remainder of the constellation that it is functioning perfectly and it is at x,y, z, when really it is at a, b, c. The possibility then can occur that the constellation pulls itself to destruction trying to reconcile the errant spacecraft with the fully functioning remainder. Under Microcosm’s plan each spacecraft’s position is controlled onboard the craft and independently of all other craft, resulting in a very robust system.
CONCLUSIONS The performance of an autonomous orbit controller onboard a LEO spacecraft has been simulated with a high precision orbit propagator. The results show a small position error and, for constellations, only a small relative motion between two or more spacecraft. Long term stability has been verified by 12 month simulation runs, which also showed that autonomous orbit control, if the thrust level is small enough, saves fuel compared to traditional ground station orbit control. The merits of autonomous orbit control as an experiment and an emergent technology are: l
Smarter
As has been noted, future operators of large constellations are presented with the formidable task of attempting to intimately control numerous spacecraft relative to each other. Traditional approaches to the orbit maintenance will lead to huge investments in time, manpower and,
hence, money. Microcosm’s approach to constellation maintenance frees operators to handle situations that need human intervention rather than those timeconsuming, mundane, tasks that traditional operations’ schemes presently endure. The fact that the routine is removed from the operations team’s schedule allows that time to better assigned to longterm planning and system evolution and upgrade. l
Cheaper
The major reductions in routine operations and scheduling leads directly to large reductions in operations costs. These savings are brought about through the fact that there is no more “mothering” of spacecraft by standing armies of operators. This fact is particularly pertinent the larger the constellation becomes, and the greater the effect of these reductions. l
Lower risk
Historically, more spacecraft problems and failures are the result of operations and communications errors than any other source. If one examines for a moment a process that today is deemed commonplace on spacecraft, that of on-board attitude determination and control, then one soon realizes that attitude control could be done from the ground, yet we still trust the spacecraft with this task. What would happen if the on-board attitude system were to fail? The spacecraft could soon lose its orientation with respect to the Sun, losing power generation capability from its solar arrays, and rapidly draining its batteries. Alternatively, the spacecraft could point a delicate instrument directly into the Sun’s glare thus destroying the instrument. These scenarios however, rarely happen. We have faith in the ability of the autonomous onboard systems to manage things, even though a spacecraft is always perilously close to a catastrophic end should the system fail. Let us now similarly examine the analogous full orbit control system. Assuming, the system is performing correctly, what
Small Satellites for Earth Observation
happens if we now strike it down such that it fires the thrusters in the wrong way altogether. The thrusters would be chosen so as to be efficient even when the spacecraft might thrust every orbit. This contrasts sharply with the traditionally sized orbit control thruster which needs to raise the orbit every month in a comparably larger maneuver - hence a much larger thruster is needed to accomplish the maneuver in a time commensurate with not disturbing the normal on-orbit payload activities. Given that the autonomous orbit control system has reached a point where it is doing the exact opposite of what it is meant to be doing, what would be the worst outcome? Firing the thruster every orbit, or every n orbits, even in the wrong direction would cause a small drift from the nominal position - not a large deleterious maneuver as might occur if a traditional system were to tire in the wrong direction. The failure mode is therefore ‘soft’ and not analogous to the attitude control system’s failure mode which is decidedly ‘hard’. Orbit control, once proven in simulation, represents an experiment with few risks. Those risks that are incurred are those of challenging the traditional approach rather than technical, mission-ending risks,
REFERENCES 1. Hosken, R, Wertz, J.: “Microcosm Autonomous Navigation System OnOrbit Operation”, 18th AAS Guidance and Control Conference (AAS 95-074), ’ United States Air Force, Air Force Systems Command, Phillips Laboratory (PL), K&land AFB, New Mexico 87 117-6008 * U.S. Patent No. $528,502 issued June 18, 1996. Patent allowed in Europe.
985
Keystone, Colorado, 1995 2. Wertz, J: “Implementing Autonomous Orbit Control”, AAS, 1996 3. Wertz, J., Larson, W: Space Mission Analysis and Design, 2”d ed., Kluwer Academic Publishers, 1992 4. Glickman, R: TIDE: “The TimedDestination Approach to Constellation Formationkeeping”, AAS, 1994