Lady Louise Alice Elizabeth Mary Mountbatten-Windsor was born Frimley Park Hospital in Surrey, England on November 8, 2003. Her mother, the Countess of Wessex, was rushed to the hospital to give. Lady Louisa was no stranger to Ireland when she arrived; her father had been Lord Lieutenant of Ireland from 1807 until 1813. The Duke was a heavy drinker and the family lived extravagantly while in Ireland are were unable to maintain their estate Goodwood, and moved to Brussels in 1813. This beautiful yuletide Regency romance from bestselling author Grace Burrowes is sure to brighten any holiday!When a lady has a secret, she needs more than a friend, she needs a hero.No one would guess that Lady Louisa Windham, the most reserved of the Duke of Moreland's daughters, had once acted so rashly on a dare from her brother. But now a fortune hunter threatens to reveal hersecret.

Lady Louisa Conolly (5 December 1743 – August 1821) was an English-born Irish noblewoman. She was the third of the famous Lennox Sisters, and was notable among them for leading a wholly uncontroversial life filled with good works.

When is a stocking stuffer ever a bad idea? For a limited time, Lady Louisa’s Christmas Knight is on sale for $1.99 at all the major ebook retailers. Most of my readers probably already have this title (originally published in 2012), but if you missed it, or missed the ebook version (or just want to see the spiffy cover update), get clickin’! Ordering links here.

Born Lady Louisa Augusta Lennox, she was the third of the four Lennox sisters portrayed in Stella Tillyard's book Aristocrats: Caroline, Emily, Louisa, and Sarah Lennox and in the BBC television series based on it. The Lennox sisters were the daughters of Charles Lennox, 2nd Duke of Richmond, and Lady Sarah Cadogan. The 2nd duke's father, the first duke, was an illegitimate son of King Charles II of England.

Louisa was still a child when her parents died within a year of each other in 1750 and 1751. After this, Lady Louisa was brought up by her much older sister Emily FitzGerald, Duchess of Leinster, in Kildare. In 1758, aged 15, she married Thomas Conolly (1738-1803), grand-nephew of William Conolly, Speaker of the Irish House of Commons. Her husband, a wealthy land-owner and keen horseman, was also a successful politician who was elected to Parliament as early as 1759. The couple lived in the Palladian mansion Castletown House in County Kildare, the decoration of which she directed throughout the 1760s and 1770s. The Conolly summer residence 'Cliff House' on the banks of the River Erne between Belleek, County Fermanagh and BallyshannonCounty Donegal was demolished as part of the Erne Hydroelectric scheme, which constructed the Cliff and Cathaleen's Fall hydroelectric power stations. Cliff hydroelectric power station was constructed on the site of 'Cliff House' and was commissioned in 1950.

Themselves unhappily childless, at that point they took up the welfare of young children from disadvantaged backgrounds as a lifelong project, contributing both money and effort towards initiatives which would enable foundlings and vagabonds to acquire productive skills and support themselves. They developed one of the first Industrial Schools where boys learnt trades, and Lady Louisa took active personal interest in mentoring the students.[1] In middle age, Lady Louisa also virtually adopted her niece Emily Napier (1783-1863), the daughter of her sister Lady Sarah Lennox. Emily, who would spend long months with her aunt in Kildare, married Sir Henry Bunbury, 7th Baronet, and moved to Suffolk, although she remained close to her aunt until her death. 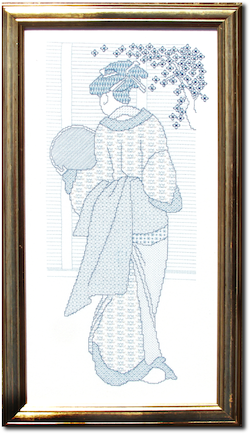 Thomas Conolly died in 1803. Upon his death, the major part of his estates, which included Wentworth Castle, passed to a distant relative, Frederick Vernon. Lady Louisa received the Castletown House and estate, as also certain liquid investments and valuable urban properties, which enabled her to live in comfort and continue her activities until her own death in 1821. She willed these substantial properties to a great-nephew, Edward Michael Pakenham (grandson of Thomas' sister Harriet), later the MP for Donegal,[2]

In 1999, a 6-part miniseries based on the lives of Louisa Lennox and her sisters aired in the U.K. It was called Aristocrats (TV mini-series). [1]