Lucky Devil Drag Racing team boss and driverWayne Nicholson remarked 'We were dealing with a greasy track and a little issue on the motor, which we found to be a cracked liner, so ended up struggling with a 6.30 at 230 in qualifying. So, Team effort putting a liner in and we decided to fit a set of rods too, a little early.

Amadevil (Dominus) backed up her 24 1/4-length victory in maiden company when winning her second career start Monday at Thistledown, running away from seriously overmatched rivals in an Ohio-bred allowance race. She paid $2.10 in what was maybe the biggest overlay of the year.

Racing for owner-trainer David Wolochuk, the 3-year-old filly debuted June 21 at Thistledown, winning by nearly a sixteenth of a mile while earning a 94 Beyer figure. That number indicated that she has the ability to win graded stakes, but, having won nothing more than a five-furlong state-bred maiden race run in the mud, Amadevil still had plenty of questions to answer. Could a horse from such humble beginnings go on to win at racing's highest levels?

That's still an unknown, but Amadevil, despite the lack of competition, took some steps forward Monday. She “stretched out” from five to six furlongs and proved she can run just fine over a fast track. This time, she won by “only” 11 3/4 lengths, but was under wraps through most of the stretch and clearly wasn't asked for her best by jockey Chelsey Keiser. The running time was 1:10.46 and she got an 85 Beyer, but it may have been faster if Keiser let her mount run in the stretch.

“She makes it look easy, doesn't she?” Wolochuk said.

Wolochuk bought Amadevil and another horse from their breeders, Marne Fauber and Heidi Cecil, in a package deal that cost him $30,000. She had some shin problems that keep her away from the races as a 2-year-old, but was more than ready to go when debuting last month. Afterward, Wolochuk let it be known that he would have no problem selling a piece of Amadevil and did just that last week. He sold a 50% interest to Blue Snow Racing. Wolochuk declined to reveal the name of the individual who races under the Blue Snow banner. 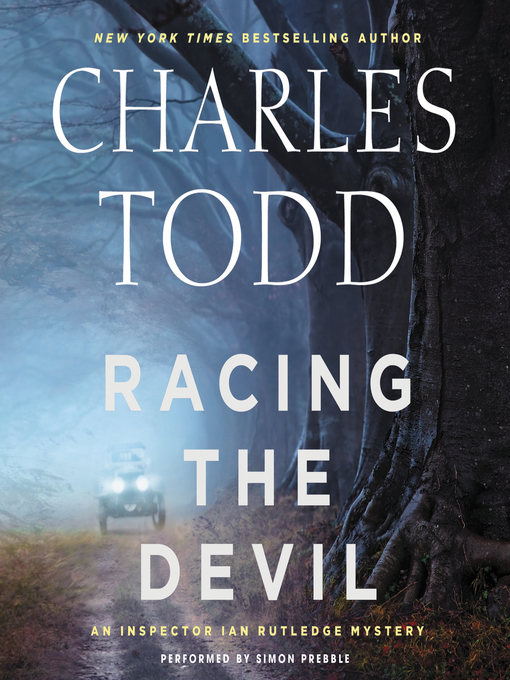 “He told me whatever my highest offer was he would beat it by 25% and buy half of the horse,” Wolochuk said. “He's an owner of mine, a guy from Omaha. He came to me the day before we were going to enter for this race. I showed him in writing what the best offer was and he wired me the money.”

Wolochuk could have gone in a number of different directions with Amadevil for her second start, including choosing a local stakes race or heading to a top-tier track. Instead, he picked the easiest option, a first level allowance race for Ohio-breds, a race that amounted to little more than a public workout.

“I want her to get a little more seasoning,” he said. “She can get a little funny, but she was good today. I didn't want to give her too much too soon. There was no speed in there, so we wanted her to get to the front, cruise around there and not pull up before the wire. It was just an educational race, to teach her something. I wanted to see her gallop out and she did. She took off around the turn [in the gallop-out] because we will eventually have to go a route. We're just trying to bring her along the right way. Luckily, I'm not under any pressure.”

Wolochuk said a piece of Amadevil can still be had and that both he and the Blue Snow owner will be happy to listen to offers. With the win Monday, the price has gone up.

“A lot of people called after the first race,” he said. “Aron Yagoda is a good friend of mine and he's got Mark Casse [as a trainer]. He's been calling. So I have a lot of guys from Kentucky. But a lot of them wanted to see a six-furlong race first. Now, they got to see it. Now, they're going to have to pay more. I'm in a good position.”

Wolochuk said he will look to get Amadevil into another allowance race for Ohio-breds. After that, there are three $100,000 Ohio-bred stakes races remaining on the 2021 calendar that she will be eligible for and those will be a target. Waiting for her in those spots could be Esplanande (Daredevil), a 3-year-old Ohio-bred filly who was runner-up in last year's GI Spinaway S. She's won three straight, including a pair of stakes for Ohio breds.

“Her and Esplanande, they're on a collision course,” Wolochuk said. “I won't have to go to Saratoga to run against a graded horse. I can stay in my own back yard.”

A win over a filly of that caliber would really prove something. Until then, Amadevil is a bit of a mystery, a fun mystery. Another chapter of this story awaits.