Conor Coady has joked that Aston Villa’s Tyrone Mings ‘needs to grow up’ after being part of the England camp with him, on the official England podcast.

Greta was sixteen. It was 1986, late December, and we'd been going to Finn's one Sunday afternoon a month for the last six months. It was always just my mother, Greta, and me. My father never came, and he was right not to. He wasn't part of it. I sat in the back row of seats in the minivan. Greta sat in the row in front of me.

The Wolves central defender seemingly has a good relationship with the Villa man.

But Coady’s and Mings’ views over what to do in their spare time seem to differ.

While Coady enjoys spending time with his teammates, Mings is happier playing Call of Duty.

“He’s in his room too much. I’m all about going down for a coffee and socialising. He likes sitting in his room!”

In fairness to Mings, whatever his pre-match preparations are seem to be working at the moment.

The Villa man has come out of both of the Three Lions’ games at Euro 2020 with credit so far.

England are yet to concede a goal in the tournament, with John Stones and Mings forming a solid partnership.

Despite Mings’ performances, his place in the team still looks under threat though. 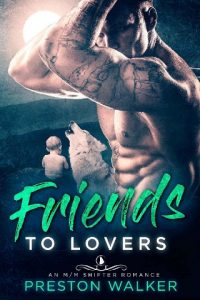 Harry Maguire is coming back to full fitness now, and it is widely anticipated that the Manchester United captain will take Mings’ place sooner rather than later.

In other news, Report: Crystal Palace target Odsonne Edouard now unsure about signing for Brighton instead