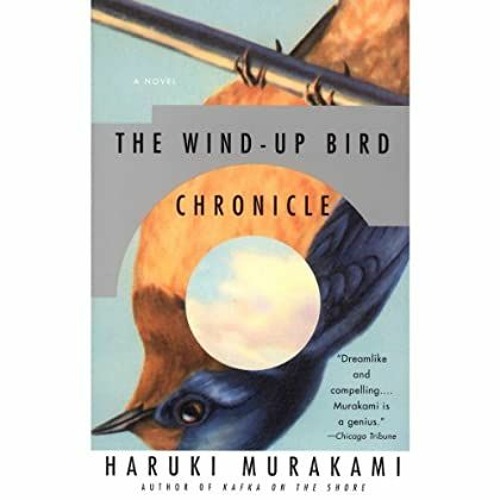 His wife is growing more distant every day.

Then there are the increasingly explicit telephone calls he has recently been receiving.

As this compelling story unfolds, the tidy suburban realities of Okada’s vague and blameless life, spent cooking, reading, listening to jazz and opera and drinking beer at the kitchen table, are turned inside out, and he embarks on a bizarre journey, guided (however obscurely) by a succession of characters, each with a tale to tell.

‘Deeply philosophical and teasingly perplexing, it is impossible to put down’ Daily Telegraph

‘Mesmerising, surreal, this really is the work of a true original’ The Times

The Wind-Up Bird Chronicle is a tour de force—and one of Haruki Murakami’s most acclaimed and beloved novels.
In a Tokyo suburb, a young man named Toru Okada searches for his wife’s missing cat—and then for his wife as well—in a netherworld beneath the city’s placid surface. As these searches intersect, he encounters a bizarre group of allies and antagonists. Gripping, prophetic, and suffused with comedy and menace, this is an astonishingly imaginative detective story, an account of a disintegrating marriage, and an excavation of the buried secrets from Japan’s forgotten campaign in Manchuria during World War II.