RETURN TO VIRGIN RIVER (Virgin River book #21) was released in hardcover October 2020 and is coming in trade paperback October 2021. Robyn is a recipient of the Romance Writers of America Nora Roberts Lifetime Achievement Award 2016 and in 2017, VIRGIN RIVER was named one of the HarperCollins 200 Iconic Books of the past 200 years. Virgin River Collection Volume 1: Virgin RiverShelter MountainWhispering RockA Virgin River Christmas. 4.50 2,231 Ratings 105 Reviews published 2009 5 editions. Welcome back to Virgin River! Falling for You (Sapphire Bay Book 1) by Leeanna Morgan: Fans of Robyn Carr’s “Virgin River” series will love this feel-good, small-town romance. Gabe’s career as a crime writer has brought him everything he didn’t want – fame, fortune, and a deep distrust of strangers.

Annette O'Toole (born April 1, 1952)[1] is an American actress, dancer, and singer-songwriter. She is known for portraying Lisa Bridges in the TV series Nash Bridges; Beverly Marsh in the It miniseries; Lana Lang in Superman III; Kathy in the romantic-comedy Cross My Heart; and Martha Kent, the mother of Clark Kent, on the television series Smallville.

O'Toole was born Annette Toole in Houston, Texas, the daughter of Dorothy Geraldine (née Niland) and William West Toole Jr. Her mother taught dance, which O'Toole herself began learning at the age of three.[2] She started taking acting lessons after her family moved to Los Angeles when she was 13. Her first television appearance was in 1967 on The Danny Kaye Show,[2] followed over the next few years with guest appearances in shows such as My Three Sons, The Virginian, Gunsmoke, Hawaii Five-O, and The Partridge Family.

O'Toole's first major film role was as a jaded beauty pageant contestant in the 1975 satire Smile; she got the role after doing an impression of a 'dead cockroach' at the audition.[2] She also appeared as the tutor and girlfriend of Robby Benson's character in the college basketball story One on One in 1977. She co-starred opposite Gary Busey in the 1980 film Foolin' Around. In 1981, she starred in the HBO onstage production of Vanities, as well as in the TV movie Stand By Your Man, which detailed the life of country music legend Tammy Wynette.[2] Later on in 1982, she appeared briefly as Nick Nolte's girlfriend in 48 Hours. That same year, she played Alice Perrin in Cat People, and then in 1983 she played Lana Lang (love interest to Clark Kent/Superman), and single mother of Ricky in Superman III.In 1985, she co-starred with Barry Manilow in the CBS television movie Copacabana playing Lola La Mar to Manilow's Tony Starr. Also in 1985, she had a starring role as Ms. Edmunds in the original Bridge to Terabithia, and appeared in the TV adaptation of Strong Medicine the following year. In 1987's Cross My Heart, a romantic comedy, O'Toole had a leading role opposite Martin Short.

In 1990, O'Toole had roles in two ABC television miniseries. She played the adult Beverly Marsh in the miniseries adaptation of the Stephen King novel It, and also portrayed Rose Fitzgerald Kennedy in The Kennedys of Massachusetts, a role that earned her an Emmy nomination for Outstanding Lead Actress. She next starred in the 1992 NBC miniseries Jewels, based on the Danielle Steelnovel of the same name.

In 1993, O'Toole starred in Desperate Justice as Ellen Wells. In 1995, she starred as Cheryl Keeton in the 1995 Lifetime television film based on Ann Rule's true crime novel Dead by Sunset. She had a recurring role on the television show Nash Bridges (1996) and starred in her own series The Huntress (2000) as a female bounty hunter. In 1997 O'Toole starred in the TV movie Keeping the Promise.

In October 2001, 18 years after portraying Lana Lang in Superman III, O'Toole returned to the Superman mythos in the role of Martha Kent, Superman's adoptive mother, in the television series Smallville. She remained part of the show's main cast, though at times in the background,[3] until the end of its sixth season. On January 19, 2010, it was announced that O'Toole would be returning to Smallville for at least one episode.[4]

On November 22, 2010, O'Toole played the role of Veronica, a middle-aged woman suffering from a severe case of Alzheimer's, in season 3 episode 7 of the TV series Lie to Me. In March 2013 she appeared in Grey's Anatomy as a school teacher who finds out, after surgery, that she will die from cancer. O'Toole portrayed Susan Emerson in six episodes of the first two seasons of Halt and Catch Fire. In 2016, O'Toole returned to the Stephen King realm as boarding house owner Edna Price in 'The Kill Floor' episode of the King mini-series 11.22.63. O’Toole filled the role of Hope McCrea in the Netflix series Virgin River.

In retrospect, O'Toole can date the beginning of her songwriting career to events during a car ride after the September 11 attacks; as her husband Michael McKean describes it, 'On September 11, 2001, Annette found herself without an airline to carry her back down to Los Angeles from Vancouver, where she films Smallville. So she drove a rental car down. The two of us drove it back up together, and on the long drive up there, somewhere between Portland and Seattle, she told me she had a tune in her head.'[5] The 'tune in her head' became 'Potato's in the Paddy Wagon', one of three songs the couple wrote for A Mighty Wind,[5] including the Oscar-nominated song 'A Kiss at the End of the Rainbow.'

In May–June 2005, the couple did a cabaret act for 'Feinstein's at the Regency' in New York City.[7]

On July 7, 2007, O'Toole appeared as a backing singer for her husband's fictional band Spinal Tap at the London leg of the Live Earth concerts. She has also performed on the band's 2009 Unwigged and Unplugged tour, and contributed lyrics to 'Short and Sweet' on the 2009 Spinal Tap album Back from the Dead.[citation needed]

In 2011 she starred in CAP21's production of the new musical Southern Comfort, based on the Sundance award-winning documentary, by Dan Collins and Julianne Wick Davis. 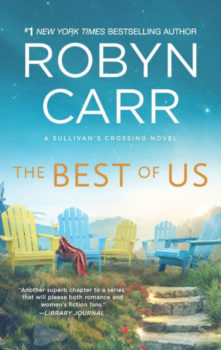 This collectionwillbereferred to hereafter asMatador, Roaring Springs, SWC. Somewhat surprising inlight of the Matador's contributions to Roaring Springs is ...

Land of Bright Promise is a fascinating exploration of the multitude of land promotions and types of advertising that attracted more than 175,000 settlers to the Panhandle–South Plains area of Texas from the late years of the nineteenth century to the early years of the twentieth. Shunned by settlers for decades because of its popular but forbidding image as a desert filled with desperados, savage Indians, and solitary ranchers, the region was seen as an agricultural and cultural wasteland. The territory, consequently, was among the last to be settled in the United States. But from 1890 to 1917, land companies and agents competed to attract new settlers to the plains. To this end, the combined efforts of local residents, ranchers and landowners, railroads, and professional real estate agents were utilized. Through brochures, lectures, articles, letters, fairs, and excursion trips, midwestern farmers were encouraged to find new homes on what was once feared as the “Great American Desert.” And successful indeed were these efforts: from 13,787 in 1890, the population grew to 193,371 in 1920, with a corresponding increase in the amount of farms and farm acreage. The book looks at the imagination, enthusiasm, and determination of land promoters as they approached their task, including their special advertisements and displays to show the potential of the area. Treating the important roles of the cattlemen, the railroads, the professional land companies, and local boosters, Land of Bright Promise also focuses on the intentions and expectations of the settlers themselves. Of special interest are the fifteen historical photographs and reproductions of promotional pieces from the era used to spur the land boom. What emerges is an engaging look at a critical period in the development of the Texas Panhandle and an overview of the shift from cattle to agriculture as the primary industry in the area.